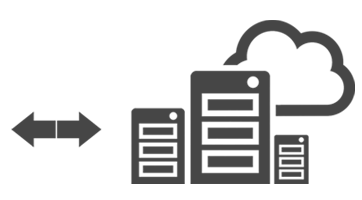 If you are in the market for a VPS hosting you may have a hard time choosing between the many different platforms and options out there. Even at Interserver we offer three different options OpenVZ, KVM and Cloud VPS hosting. Each with a different price point and unique advantages / disadvantages. The information below will give a brief description of each so you can decide for yourself. More Information

OpenVZ
KVM
Cloud
Disk Resize kvm and cloud can only increase in size
Yes
No
No
Rebootless Upgrades Changes to kernel, disk, or memory do not require reboots
Yes
No
No
Lowest Overhead The shared kernel on openvz has lower overhead
Yes
No
No
Support ALL OS OpenVZ only supports linux operating systems
No
Yes
Yes
True VM Isolation Only KVM and Cloud based virtualization provides a true VM isolation
No
Yes
Yes
Disk Cache Disk cache supported
Yes
Yes
Yes
Swap Space Swap space is supported
No
Yes
Yes
OpenVZ OpenVz is is a linux based virtualization platform based on the Linux Kernel. OpenVZ allows a physical server to run multiple isolated operating system instances known as containers. OpenVz can only run linux based operating systems such as Centos, Fedora, Gentoo, and Debian. One disadvantage of OpenVZ users are not able to make any kernel modifications. All virtual servers have to get along with the kernel version the host runs on. However because it doesn't have the overhead of a true hypervisor it is very fast and efficient over Kvm, Xen, KVM, VMware and Cloud.
KVM, Xen, VMware The next three platforms can be grouped into the same category because they work almost identically. The differences that they do have will not be noticeable on the virtual server and the end user. All three platforms provide true virtualization resources are not shared between the host kernel or other virtual servers. Almost any operating system can run on three platforms. We choose to use the KVM platform because it supported by the Centos operating system that we use as the host OS.
Cloud Cloud is the new term companies large and small are kicking around. There is no true definition on what a cloud is or how it is supposed to be designed. And in our opinion the term "cloud" that applies to VPS hosting is no different then a VPS that has failover, redundancy or backup. So coining a the new term "cloud" and the extra hype is completely not necessary. A typical cloud setup runs on the KVM, XEN, or VMware platform. The difference is on the type of hardware that is used. instead of having storage located on the host server all data is stored on much larger SAN/NAS array with multiple disks. Raid is used to prevent disk failure in the physical array. And in the best case scenario a second array is added incase the entire array fails. The host server accesses the storage via Ethernet. in the event of a host server failure spare host servers are on standby to startup when needed. Downtime during the failure would be a reboot of your operating system. At Interserver our cloud setup runs on the KVM platform with two storage arrays. The advantage of cloud is a truly redundant environment. All aspects of hardware failure are 100% covered. if you are looking for a 0 downtime solution this is truly it. Cloud hosting costs much more than standard vps server because of all the additional hardware required.

We make it easy to get online, but if you do need help or just want to talk to a live person, our experts are available 24/7